In celebration of International Beer Day (Aug. 2), Virgin Voyages, the new lifestyle brand from Sir Richard Branson, announced that the company will serve up a signature craft beer, an English Pale Ale with a hint of red, sold exclusively on the Scarlet Lady, its first cruise ship.

Before Sailors can enjoy the beer next year, Virgin Voyages and Richard Branson are calling on them to name it. Followers can suggest their favorite names for the brew by commenting on their Instagram post (@VirginVoyages) featuring the beer.

Over a year in the making and in partnership with Miami’s own Wynwood Brewing Co., the English Pale Ale (they’re calling it an EPA) is created by connecting American and English brewing traditions; brewed using American malts and hops in Miami but using an English yeast, tying back to Virgin’s British roots.

Featuring a malty body like a traditional EPA, but slightly more bitter and hoppy, with hints of grapes and fruit on the nose with toffee and caramel in the background, the new brew is a drinker’s beer with the approachability in its taste for the novice. The ale is finished with a little touch of roasted malt that gives it its signature red tint.

“Virgin always loves a challenge and so we asked ourselves, “how can we create the most perfect beer to be enjoyed in the midday sun?’” said Charles Steadman, Senior Manager of Beverage Development for Virgin Voyages. “And who better to partner with on this exciting endeavor than Wynwood Brewing Co., based in Scarlet Lady’s home port of Miami.”

“Virgin has always been known for pushing the boundaries in the same way that craft beer has. We are so excited to work with them on this project and create a unique beer that folks can enjoy on the high seas,” said Luis Brignoni, Founder of Wynwood Brewing Co. “It seems only fitting with a company rooted in English heritage sailing in Miami that we brew an English-style beer right in the heart of the Magic City.”

The brew will be offered on board at the Draught Haus located on Deck 7 of the Scarlet Lady. Offering eight beers on tap, a wide range of bottled artisanal beers, shots, shot-cocktails and boilermakers, sailors can enjoy ice cold beverages as music filters in from the adjacent Voyage Vinyl record shop and DJ booth. The bar will also offer a growler service, so Sailors can enjoy the expertly curated craft beers in any of the Scarlet Lady’s uniquely designed public spaces or in the comfort of their cabin.

Future Sailors and First Mates are invited to check out Virgin Voyages by visiting www.virginvoyages.com.

Virgin Voyages is a global lifestyle brand committed to creating the world’s most irresistible holiday. With operations in the US, UK, and Europe, Virgin Voyages currently has four ships on order with master shipbuilder Fincantieri.

With its inaugural season scheduled for 2020, Virgin Voyages’ first ship the Scarlet Lady was designed to reflect a yacht’s sleek luxury. Featuring spaces designed by some of the top names in contemporary design, the Scarlet Lady will be Adult-by-Design, a sanctuary at sea for the 18+ traveler.

A dose of ‘Vitamin Sea’ will be naturally intertwined across the entire ship, with well-being activated through a mix of high-energy moments coupled with relaxation and rejuvenation. The Scarlet Lady will also feature alluring entertainment and 20+ world-class intimate eateries on board. Putting a twist on luxury, which the company refers to as Rebellious Luxe, Virgin Voyages will offer incredible value for its Sailors with all restaurants, group fitness classes, soft drinks, gratuities, WiFi and many more Virgin surprises included within the voyage fare.

Scarlet Lady will sail from Miami to the Caribbean in 2020, hosting more than 2,770 sailors and 1,150 amazing crew from around the world. 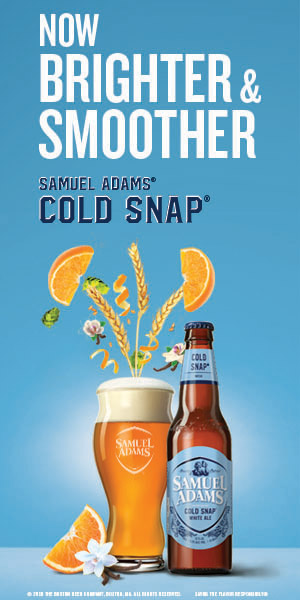